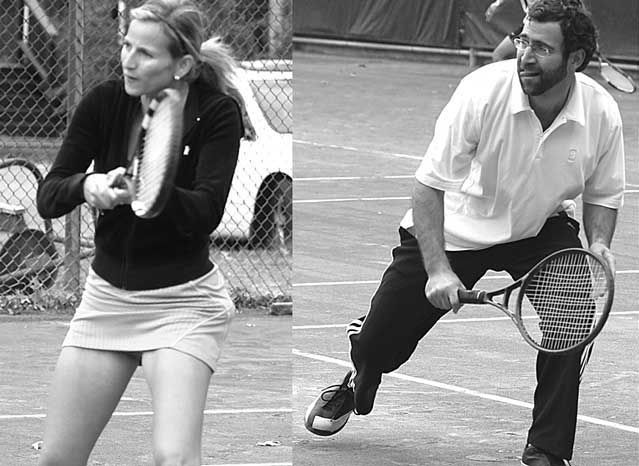 The Kosten Foundation for Pancreatic Cancer Research was founded in 2003 by the family of Herb Kosten after his death due to pancreatic cancer. Kosten’s family sought to improve community support, awareness, and funding for pancreatic cancer, one of the deadliest known cancers. The organization has raised close to $2,000,000 for pancreatic cancer research and hosts a very active monthly support group meeting for patients, their families, and anyone interested in learning more about pancreatic cancer. 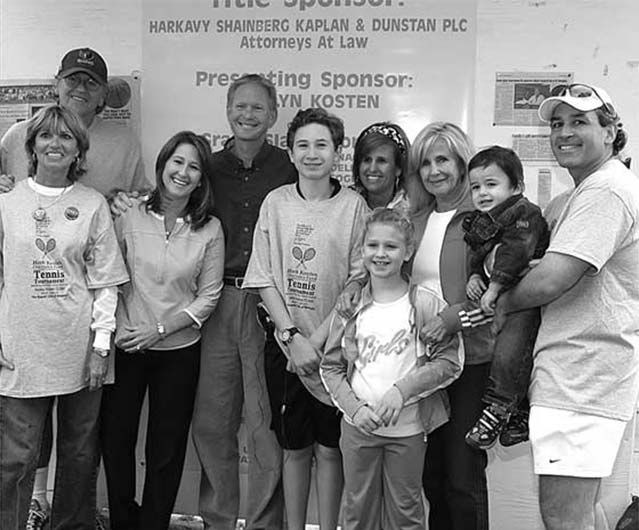 In 2004, in honor of Herb’s love of tennis, the Memphis-based organization began hosting annual tennis tournaments to raise money to fight pancreatic cancer and in 2011 the group held its first Kick It 5K run/walk. The annual signature event has grown to include more than 2,000 participants.

Money raised from the Kick It 5K and other Kosten Foundation events helps fund pancreatic cancer research and support fellowship training for future pancreatic cancer surgeons at the University of Tennessee Health Science Center. In addition, the Foundation presents a yearly symposium headlined by nationally recognized leaders in the field of pancreatic cancer.

A native of Memphis, Tennessee, Alan Kosten practiced law for 37 years with Harkavy, Shainberg, Kaplan & Dunstan, PLC. Since 2003, he has worked in the commercial real estate business specializing in the development and managing of shopping centers across Tennessee.

Alan holds a B.A. from the University of Alabama and received his Juris Doctorate from Memphis State University (now The University of Memphis.) An all-star athlete, Alan attended the University of Alabama on a full baseball scholarship, where he lettered for three years and received an honorable mention All-SEC nomination during his senior year. While in law school at Memphis State, Alan coached the freshman baseball team. He was also part of the six-member group responsible for bringing Memphis its first professional basketball team, the Memphis Pros of the American Basketball Association, and served as Secretary and General Counsel for the corporation that operated the team.

As Chairman of the Herb Kosten Pancreatic Cancer Charitable Fund, Alan has been the guiding force behind the Memphis-based non-profit organization’s efforts to find a cure for pancreatic cancer since it was founded in 2003, following the death of his brother, Herb Kosten, to the disease. The Kosten family launched the foundation with two main goals: provide support to individuals who are fighting the disease and their families and offer funding to help find a cure.

Professional Awards and Associations include:

Jeffrey Goldberg, a native New Yorker, was an advertising sales executive at Condé Nast before moving to Memphis in 1990, where MM Corporation employed him as the Advertising Director of Memphis magazine. In 1992 he was named Associate Publisher/Sales Director of Contemporary Media (parent company of Memphis magazine which also publishes The Memphis Flyer, Memphis Parent and Inside Memphis Business). He is currently Vice President/Director of Business Development at Contemporary Media.

Jeffrey has served as President of the Herb Kosten Pancreatic Cancer Charitable Fund since its founding in 2003 following the death of his father-in-law, Herb Kosten. Jeffrey’s dedication to the Foundation transcends his personal connection, though, and he is committed to helping the organization provide support for individuals and families who are fighting the disease, increase awareness about the disease, and raise funds to find a cure.

Professional Awards and Associations include:

Kathryn Gilbert Craig was born and raised in Texas and now lives in Bartlett, Tennessee. Following her graduation from the University of North Texas with a B.B.A. in Administrative Management, Kathryn began a career with Delta Air Lines. In 1985, she married Dr. Thomas Craig, a dentist in Memphis, and transferred to the Mid-South with Delta. After 30 great years with the airlines, including a four-year leave of absence during which she worked in the insurance and investment business, Kathryn retired her wings. She currently maintains a position with the Cumberland Presbyterian Church Center, working with the Board of Stewardship, Foundation, and Benefits.

Kathryn was diagnosed with Stage 2A adenocarcinoma of the pancreas in 2012. She underwent Whipple surgery to remove the tumor at the head of her pancreas, followed by seven months of chemotherapy and 25 days of radiation. She is currently in remission with no evidence of disease.

Kathryn’s surgeon, Dr. Stephen Behrman, introduced her to the Kosten Foundation’s support group following her Whipple surgery. She admits that when she and Tommy went to their first support group meeting, they never thought they would become so involved with the Foundation, but they found the group to be extremely helpful during their journey with pancreatic cancer and felt called to work with other people facing the disease. Kathryn is now leader of the monthly group and serves as volunteer Director of Community Engagement for the Foundation.  She and Tommy are involved with nearly all Kosten Foundation events and activities and are grateful to have the opportunity to use their experience with pancreatic cancer to provide hope and healing to others.

Dr. Stephen W. Behrman, MD, FACS, is a Massachusetts native. He attended college and medical school at Boston University. His surgical residency was completed at the University of Tennessee Health Science Center (UTHSC) in Memphis. He attended Grant Medical Center and The Ohio State University to complete his fellowship in Gastrointestinal Surgery. He served as an officer in the United States Naval Reserve from 1998-2005. Dr. Behrman has been in academic surgery since 1995. His clinical research includes improving outcomes for those having pancreatic surgery and he has been involved in multi-institutional collaboratives on these endeavors.  His prior translational research studies have focused on the delivery of miRNA and chemotherapeutic agents to pancreas cancer utilizing nanotechnology.

He is a long-term member of the NCCN panel on pancreas cancer and recently chaired the development of guidelines relative to carcinoma of the ampulla of Vater.  He serves on the NCI Pancreas Task Force and is an active member in the Southwest Oncology Group (SWOG) where he serves as the liaison between the surgery and GI committees.  He is on the editorial board for the Journal of Gastrointestinal Surgery. He is the surgeon champion for ACS-NSQIP at Baptist Hospital and is past-chair of the Tennessee Surgical Quality Collaborative focusing on improving outcomes in our surgical patients.  He is past-president of the medical staff and currently serves as chair of the Department of Surgery at Baptist Memorial Hospital and Chair of Surgery, Baptist Memorial Medical Education teaching the next generation of surgeons.

Honors and Awards Include:

The mission of Kosten foundation is four-fold:

It is our sincere hope that we provide an informative, compassionate and human approach toward improving the quality of life for those afflicted with pancreatic cancer and their families. Further, through research efforts, it is our very realistic passion that we find a path to the early diagnosis and cure of pancreatic cancer in our lifetimes.

Kosten Foundation
Who loves peach season? A delicious peaches & cream smoothie is the perfect treat on a hot summer day as well as #NationalPeachIceCreamDay and can provide much-needed nutrients to someone fighting #PancreaticCancer.